Have you been to Netherlands?

Best things to do in Netherlands

Find out more about those top places in Netherlands

Best things to do in Delft

Sandwiched between the Netherlands political capital The Hague and the futuristic city of Rotterdam, the small city of Delft is often overshadowed by its larger neighbors. Despite this, Delft is one of the Netherlands most picture-perfect cities with canal-lined streets and a center that mixes medieval architecture with the glories of the Dutch golden age. The highlight of Delft is undoubtedly its spectacular center dominated by regal merchants’ houses with iconic stepped roofs, gilded governmental buildings and medieval churches, which are often set at gravity defying angles due to centuries of subsidence.  While the historic center of Delft is enchanting, so too is the Vermeer Centrum which celebrates the life and works of the city’s most famous son, Johannes Vermeer.

Best places to stay in Delft

Best things to do in Haarlem

Barely fifteen minutes by train outside Amsterdam, the small city of Haarlem feels like a different world. Beyond the buzz of the Netherlands capital, Haarlem is a classic sleepy Dutch city with cobbled streets, half-timbered houses, stepped roofs and medieval windmills, which punctuate the skyline. Following Haarlem’s conversion to Protestantism in the 16th century, the city enjoyed a golden age of art and commerce, which is displayed for all to see at the Frans Hals Museum. While the quaint city center is enchanting, just beyond Haarlem’s city limits is the expansive Zuid-Kennemerland National Park, which boasts some of Europe’s largest sand dunes. The national park is crisscrossed by cycle pathways and pony trekking trails making it an exhilarating day trip for people of all ages.

Best places to stay in Haarlem

Best things to do in Amsterdam

Alongside Venice and Paris, Amsterdam is one of Europe’s most iconic cities. While the elegant canal side districts of Jordaan and Centrum have for decades been one of Europe’s most visited destinations, the Dutch capital’s lesser-known districts have plenty of hidden gems to reward intrepid visitors. Across the river from Amsterdam’s charming center is Amsterdam-Noord, which has gained a reputation as one of Europe’s coolest and most innovative neighborhoods. The EYE Film Institute, housed in a space-age iceberg, provides a mesmerizing tour of Dutch cinema while former industrial estates house organic restaurants, microbreweries and techno clubs that are the envy of Berlin. Further south, the formerly rundown neighborhood of De Pijp hosts an eclectic range of flea markets, North African and Indonesian restaurants and a relaxed bohemian pace of life. With the resurgence of long-neglected neighborhoods, Amsterdam is thriving making now the best time to visit.

Best places to stay in Amsterdam

Best things to do in The Hague

Best known today as the seat of the International Court of Justice, there is a lot more to The Hague than bureaucrats and business. While the city lacks the grandeur of Amsterdam’s canals, the stately homes that line The Hague’s canals exude a peculiarly English sense of stern simplicity. Despite this, The Hague is one of the Netherlands hidden gems, as it offers a dazzling array of world-class museums and an exuberant nightlife scene trumped only by Amsterdam and Rotterdam. The Mauritshuis houses a spectacular collection with works from Dutch masters Rembrandt and Vermeer. What is more, the charming streets of The Hague’s old town are lined with everything from pavement cafés and Michelin starred restaurants to clubs pumping out some of Europe’s best techno music.

Best places to stay in The Hague

Best things to do in Giethoorn

In the 13th century, a Dutch landowner gifted an obscure religious sect an infertile and waterlogged tract of land between Amsterdam and Groningen. Such are the suitably mystical origins of the magical village of Giethoorn, which today is more water than land. While canals famously define Dutch cities, the medieval settlers in Giethoorn took things one step further deciding to entirely replace roads with picturesque waterways. The village is one of Europe’s most charming with humpbacked bridges crossing emerald green canals and thatched cottages dotted across a miniature archipelago of landscaped islands. While Giethoorn can get inundated with day-trippers from the Dutch capital, the village’s quieter northern end provides respite from the crowds and remains a true hidden gem.

Best places to stay in Giethoorn 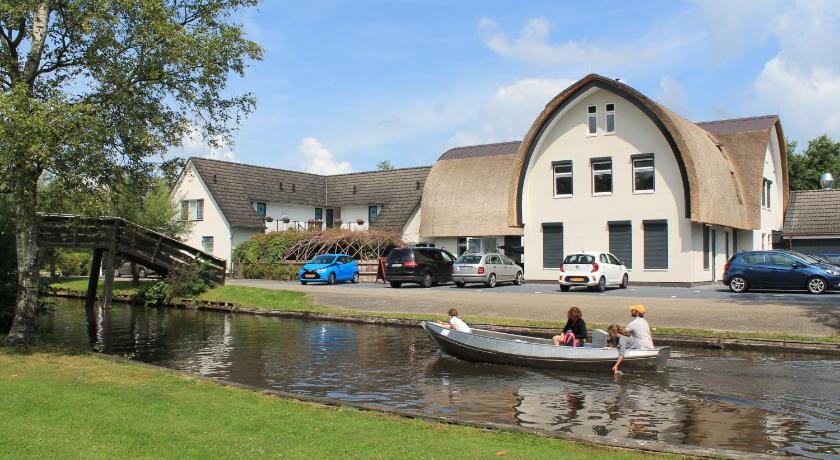