Have you been to Czech Republic?

Best things to do in Czech Republic

Find out more about those top places in Czech Republic

Best things to do in Český Krumlov

Nestled in two meanders in the Vltava River, Český Krumlov distills the medieval charms of the Czech Republic into miniature form. Founded in the 13th century, the town is dominated by one of Central Europe’s most spectacular castles, which contains a treasure trove of medieval art, architecture and artifacts. Beyond the castle itself, wandering the picturesque streets of Český Krumlov is like stepping back in time. Lined with Renaissance town houses and baroque churches and interspersed by atmospheric squares, the town’s cobbled lanes are an enchanting experience. However, Český Krumlov is not all about the Middle Ages. In the 19th century it was home to the world-renowned artist Egon Schiele and since the 1989 Velvet Revolution the town has gained a host of riverside restaurants and lively bars. 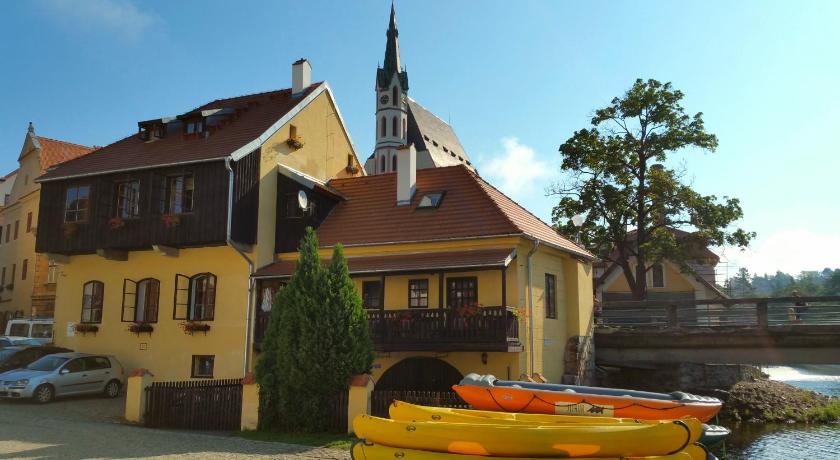 Best things to do in Karlovy Vary

One of Karlovy Vary’s original fans was Russia’s first tsar Peter the Great and today this typically Habsburg spa town continues to be a favorite destination for Russia’s rich and famous. Throughout the 19th century, Karlovy Vary rapidly expanded from a small village into a gem of a town dominated by palatial art-noveau hotels that catered to Europe’s aristocracy. Visitor numbers peaked shortly before the outbreak of World War One and the town seems to have been frozen in time ever since making it one of Europe’s most enchanting hidden gems. Beyond Karlovy Vary’s spectacular architecture, most visitors refresh themselves in the town’s healing thermal springs, eat the local delicacy oplatky (sweet nut wafers) and hike in the surrounding hills. 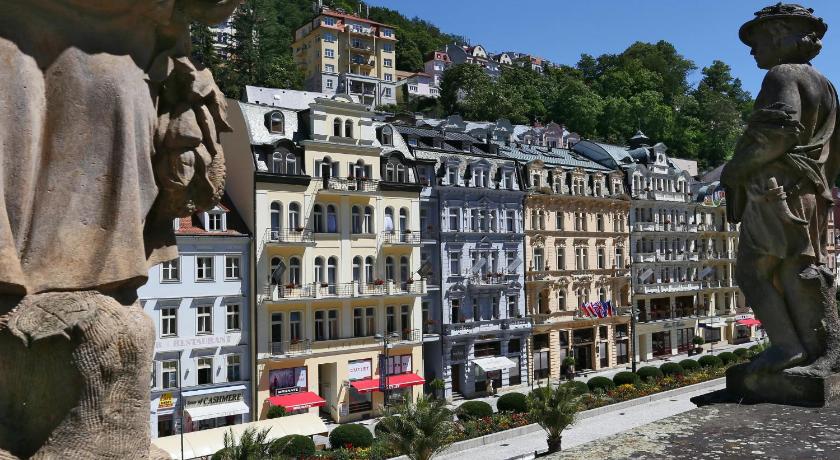 Best things to do in Prague

Forget what you must have heard about most central European cities being too boring and lethargic – Prague is a city that embodies none of that and is it one of the most popular tourist destinations in its region. Officially the capital of Czech Republic, Prague is situated in the northeastern part of the country of bisected by the river Vltava and is considered to be the largest city of its nation.

As far as tourist attractions goes it is recommended that you start your exploration of the city at the Old Town Square which will expose you to its other gifts such as Astronomical Clock, Sigmund Freud Statue and several others.

Best places to stay in Prague

Best things to do in Karlštejn

Rising out of the Bohemian countryside like a scene straight out of a fairy tale, Karlštejn is one of the Czech Republic’s most awe-inspiring destinations. While the town itself has a clutch of rustic taverns that serve hearty Czech cuisine, Karlštejn’s main draw is the imposing castle that sits astride a rocky precipice. Constructed by Charles IV, the Holy Roman Emperor and King of Bohemia, during the mid-14th century, the fortress was designed to protect Bohemia’s most precious relics, including the imperial regalia alongside innumerable religious treasures. Karlštejn’s impressive exterior does not disappoint, as once inside visitors can explore some best-conserved medieval interiors in Europe while the chapel is covered in remarkable frescoes detailing the life of Saint Wenceslas.

Best places to stay in Karlštejn 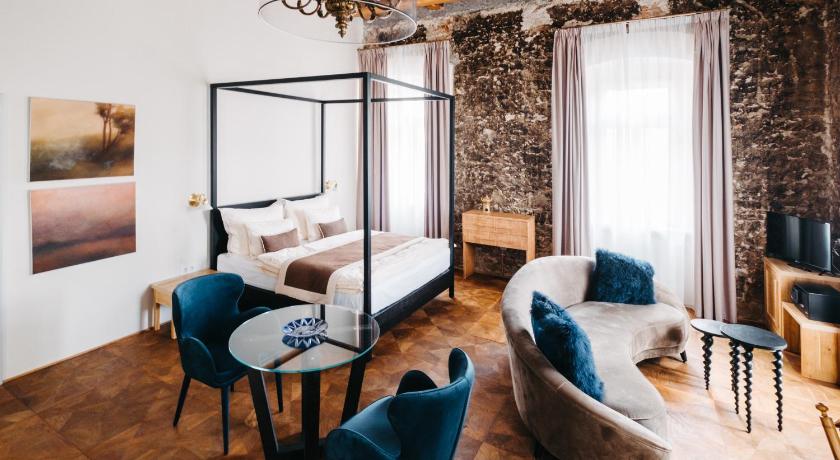 Best things to do in Kutná Hora

Kutná Hora is like Prague in miniature. Indeed, between the 13th and 16th centuries, the town grew rich through vast underground silver mines and competed with Prague to be Bohemia’s political, cultural and economic center. Today, Kutná Hora combines awe-inspiring gothic architecture and a rich history with a laid back provincial attitude that makes a refreshing change from the buzz of the Czech capital. Given the town’s medieval riches, it is no surprise that its old town was listed as a UNESCO World Heritage Site in 1996. However, Kutná Hora’s main draw is the ghoulish Sedlec Ossuary, which was designed by an eccentric 19th century craftsman named František Rint, Containing chandeliers, altars, coats of arms and hundreds of other gaudy decorations made up of over 40000 human bones, the ossuary ensures that any tour of Kutná Hora will be truly unforgettable. 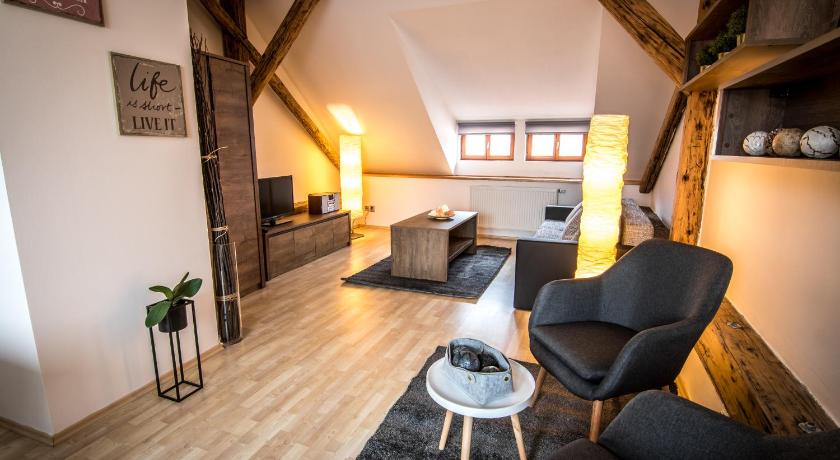 Best things to do in Telč

In 1530 the humdrum town of Telč burned to ground in a devastating fire and from its ashes was built one of Europe’s hidden Renaissance gems. A slew of 16th century construction transformed what was once a small and insignificant town into a glorious baroque set piece of pastel colored burgers’ houses bedecked in dazzling frescoes, a romantic chateau and one of Europe’s most captivating public squares. Listed as a UNESCO World Heritage Site in 1992, Telč is rightly recognized as the finest example of Renaissance town planning north of Italy. The town is undoubtedly southern Moravia’s premier attraction and makes an ideal day trip from Brno, the nearby second-city of the Czech Republic.

Best places to stay in Telč 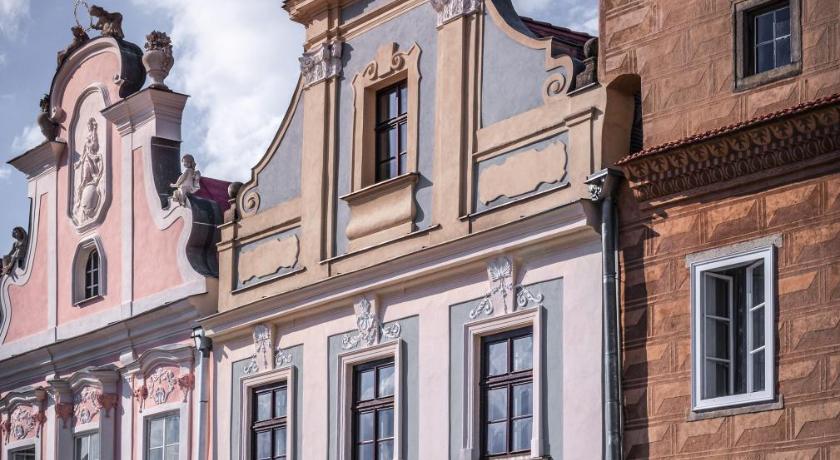