Have you been to Italy?

Best things to do in Italy

Find out more about those top places in Italy

Best things to do in Sardinia

Closer to the North African coast than mainland Italy, which the locals call il continente, the island of Sardinia is Italy’s remote hinterland with Moorish, French and Catalan cultural influences. Most visitors arrive in Sardinia on the island’s bustling capital Cagliari, whose salt-water lagoons are famed for some of Europe’s best urban wildlife. Beyond the capital, Sardinia’s mountainous interior remains largely unspoiled region with numerous hidden gems to be explored. The historically Catalan town of Alghero has remained frozen in time and gives visitors a flavor of what Sardinia was like before it became Italian. However, the island’s history goes much further back. It is home to one of Europe’s largest ensembles of Iron Age ruins at Nuraghe Su Nuraxi, which were left undisturbed until their discovery in the 1940s. While evocative ruins and charming towns are Sardinia’s main draw, the region is not all about history, as it is home to some of Europe’s most spectacular beaches.

Best places to stay in Sardinia 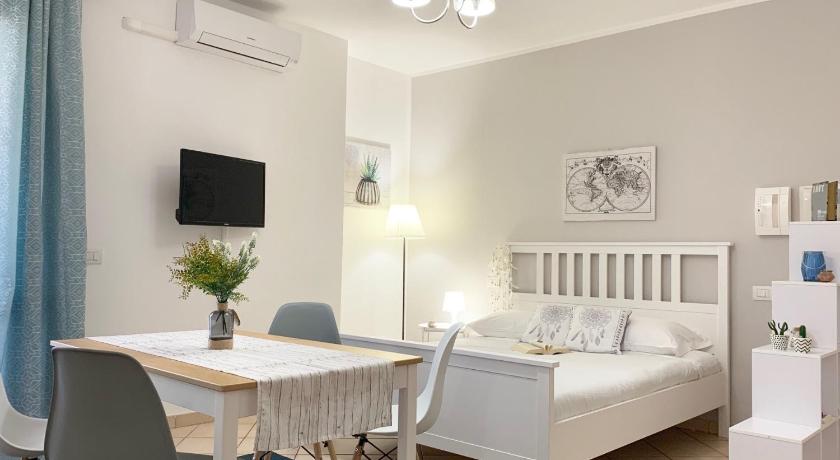 Best things to do in Verona

While most visitors come to Verona due to the city’s role in Shakespeare’s Romeo and Juliet, there is much more to this Northern Italian city than star-crossed lovers. Besides Venice itself, Verona is the best preserved city in the Veneto with a wealth of Roman ruins, ocher colored medieval buildings and graceful bridges spanning the River Adige. The centerpiece of Verona is undoubtedly the city’s vast Roman amphitheater, which was built in the 1st century AD and today is the city’s open-air opera house. Beyond this beguiling monument to antiquity, Verona has a host of marble-clad Romanesque basilicas, Renaissance town houses and atmospheric piazzas to be explored. While there may be no canals, Verona more than rivals its larger neighbor Venice, as it is remarkably tourist free year round.

Best places to stay in Verona

Best things to do in Trieste

Trieste is the only mainland Italian city not on the Italian Peninsula and has for centuries been a gateway to the Balkans for Venetian merchants, Napoleonic armies and Victorian travel writers. Today, Trieste is almost entirely surrounded by Slovenia and its geographical isolation from Italy has helped form one of the country’s most memorable local cultures with influences from as far a field as Greece and Turkey. Sandwiched between the barren Karst mountains and the sparkling Adriatic Sea, Trieste is architecturally unlike any other Italian city. Owing to its position as a fashionable 19th century seaside resort for the Austro-Hungarian Empire, many of the city’s grand public buildings would not look out of place in Vienna and Budapest. What is more, the city’s belle-époque cafés, sailors’ taverns and chic wine bars offer ample shelter from the legendary bora winds that periodically whip through the city.

Best places to stay in Trieste 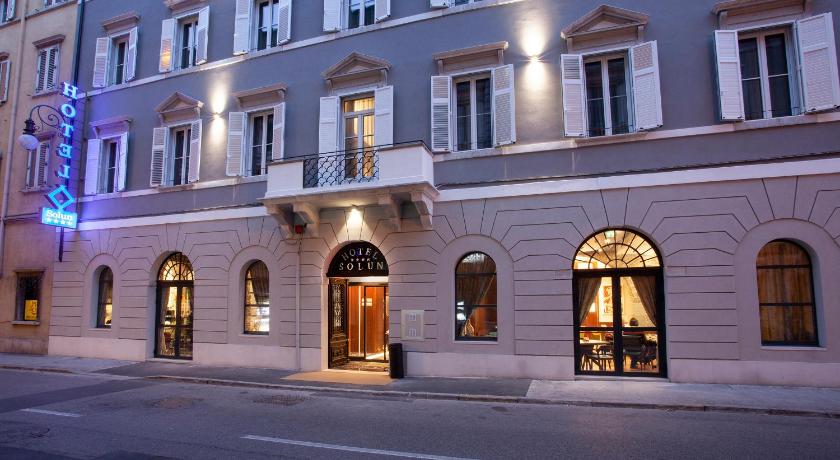 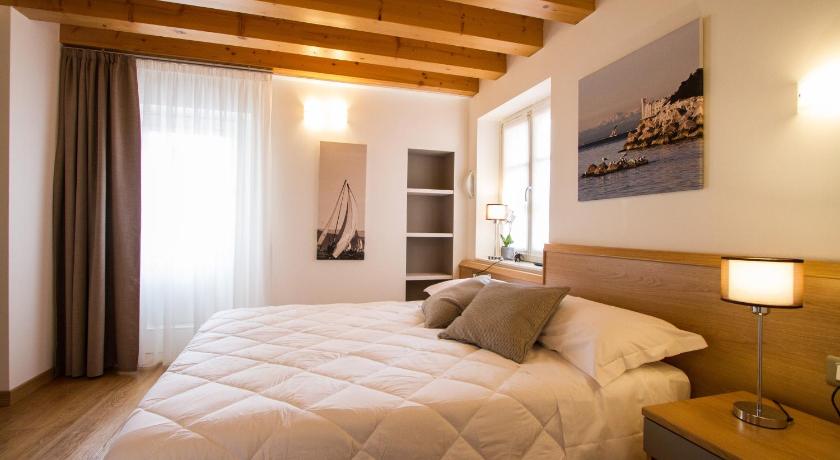 Best things to do in Cinque Terre

Stretching between the seaside resort of Levanto and the port of La Spezia, the Cinque Terre is one of the most spectacular stretches of coastline in the world. The region’s name comes from the five pastel hued fishing villages that are wedged near vertically into the coastline’s rugged coves and cliffs. Visitors can walk between the five villages on vertiginous paths that hug the cliff sides while the less adventurous can hop on a vintage railway that connects the villages through a series of ingenious tunnels. The villages have scarcely changed since the late-medieval period and were rightly designated a UNESCO World Heritage Site in 1997. Today, the villages can become swarmed with tourists in the peak-summer months. However, a visit to the Cinque Terre in spring or autumn remains one of Italy’s most enchanting experiences. 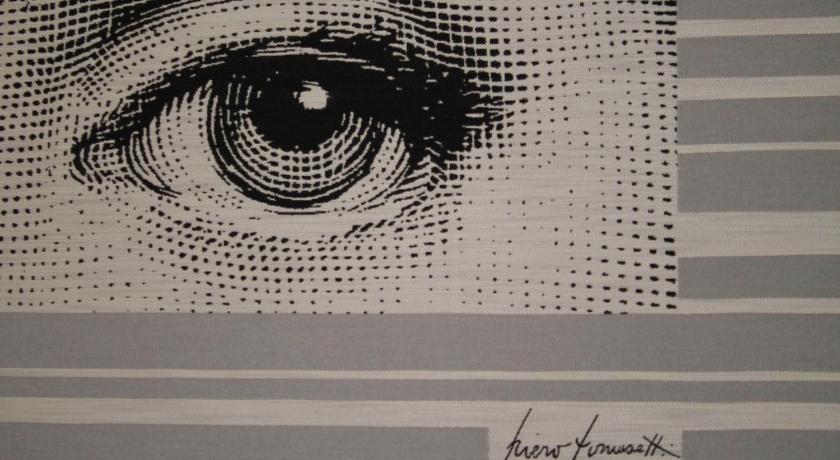 Best things to do in Bergamo

Nestled in the rolling foothills of the Alps and within easy striking distance of the beguiling Italian Lakes, Bergamo is one of Northern Italy’s hidden gems. While the city is often viewed as a gateway to Milan, Bergamo has an identity all of its own. Ruled by the Venetians for nearly four centuries, the city is divided into two distinct halves. Perched precariously on steep sub-Alpine hillsides, the old town, known as Bergamo Alta, is a tangle of medieval streets and cobbled piazzas bedecked in the heraldry of the Venetian Republic and encircled by five kilometers of imposing city walls. Below the old town lies the new town, known as Bergamo Bassa, whose tenement-lined streets are a reminder that Lombardy was a center for the Italian Industrial Revolution.

Best places to stay in Bergamo

Best things to do in Florence

Right from ancient times the city of Florence has been one of Europe’s most loved city. It was known as the financial trade center of the old days and featured one of the most prominent families in history “the Medici Family”.

The city plays a major part in history and it is often regarded as the birthplace of the Renaissance, a period from the 14th to 17th century that signifies the transition from middle ages to modernity.

The former capital of Italy does not lack for tourist attractions with beautiful architecture that have great historical relevance such as the Boboli Gardens, Florence Cathedral and Ponte Vecchio.

Best places to stay in Florence

Best things to do in Milan

Italy is blessed with so many amazing cities, each of them special in its unique way. One of such cities is Milan, known to be the “fashion capital of Europe”, it is one of those cities that seems tailored for your every pleasure with its ancient architectural buildings, high–end restaurants and delightful Italian cuisine.

The city of Milan is Italy’s second most populous city after Rome and it is the capital of Lombardy located in northern Italy. Some of its major tourist attractions include the Milan Cathedral, San Siro Stadium and La Scala Opera.

Best places to stay in Milan

Best things to do in Rome

It usually comes as no surprise when Rome is spotted on the itinerary of even the most “traveled” tourists because it is simply an amazing city that people cannot get enough of. Often said to be one of the birth places of European civilization, it is a city with unparalleled history which are shown through the most of its attractions. The Colosseum, Roman Forum, Vatican Museums and St. Peter’s Basilica are just a few of Rome’s abundant gifts.

Best places to stay in Rome

Best things to do in Venice

Venice is one of Italy’s famous cities, situated on a group of 118 small islands in north-eastern Italy - it is the capital of the Veneto region. Sometimes referred to as the “City of Bridges” – it is not your typical city, it has no roads but rather movement around the city is by canals and its numerous bridges which links the city together.

Like most Italian cities Venice is a top tourist destination with its fascinating palaces, top art galleries and welcoming locals.

Best places to stay in Venice